Why Some People Need More Sleep Than Others 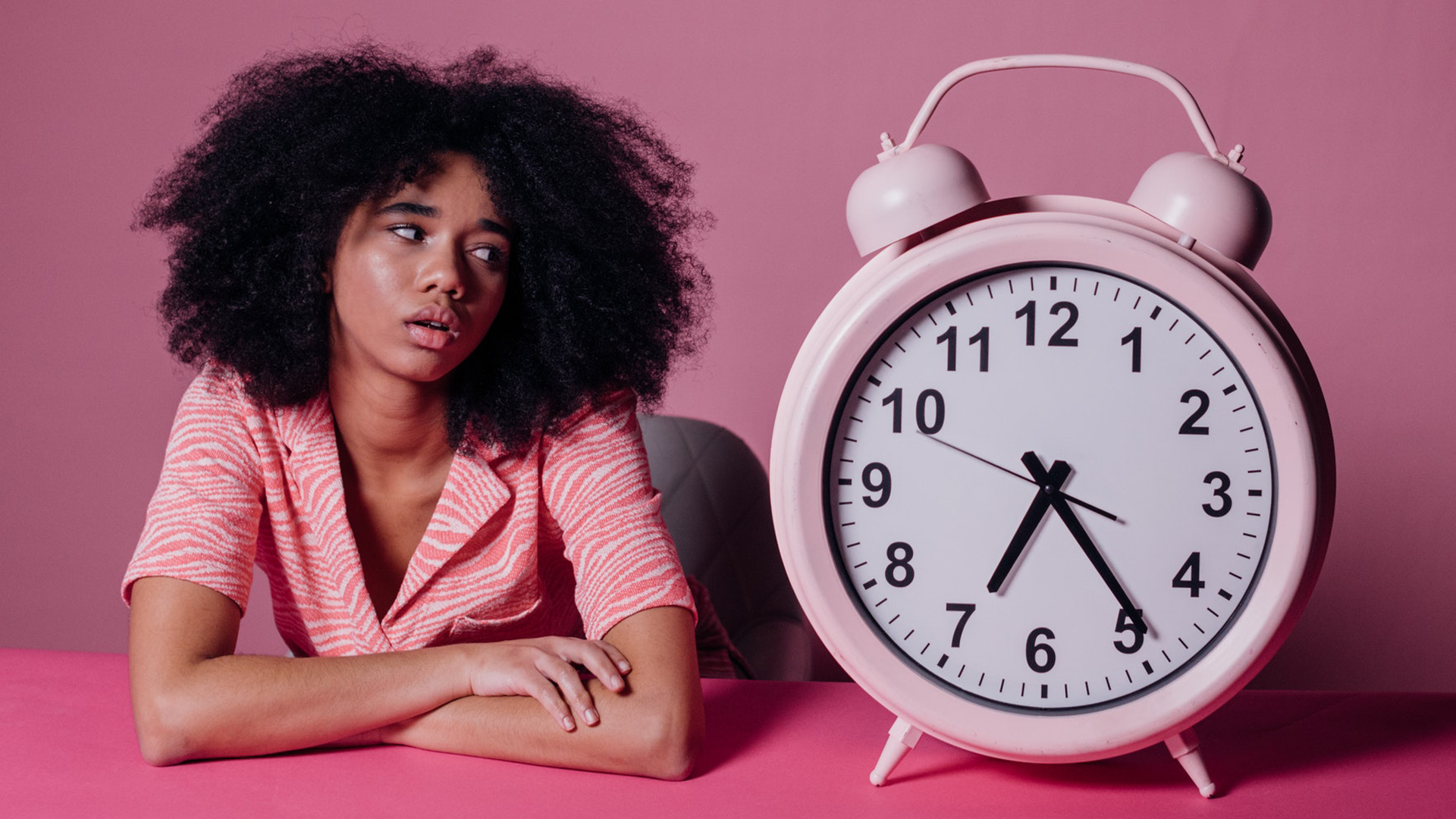 Everyone has to sleep, right? Some people get away with five hours a night, while others need nine or more. If you feel like you could use more sleep, you’re not alone. There are some things your body might be telling you that can indicate you need to sleep more often (or less).

Find out why and how to get the amount of sleep that works for you.

Most experts recommend seven or more hours of sleep per night for most adults, but just like diet or exercise, sleep duration isn’t one-size-fits-all. For many folks, seven hours is enough, while for others, that feels excessive, and some can’t function at their best without a solid nine.

Why do some people need more sleep than others? Several factors can determine how much shuteye a person needs to feel and function their best during the day.

Newborns ages 0-3 months, whose bodies and brains are rapidly evolving, need about 14 to 17 hours of sleep every day. These little ones are on a continuous sleep-eat cycle, with little time for much else.

Infants ages 4 to 11 months still need a substantial amount of sleep, or 14 to 17 hours, and toddlers ages one to two years need about 11 to 14 hours of sleep per day. Preschoolers ages three to five require 10 to 13 hours, while children ages 6 to 13 need around 9 to 11 hours.

How much sleep do teenagers need? About 8 to 10 hours should suffice for teens ages 14 to 17 whose bodies require more energy to evolve through puberty. Teens also tend to have a harder time waking up compared to adults.

As most people transition into adulthood, sleep requirements decrease and remain steady for several years. Younger adults ages 18 to 25 and adults ages 26 to 64 generally fare best with seven to nine hours of sleep per night. Into the golden years, though, sleep requirements decrease a bit. Most older adults (65 and older) need just about seven to eight hours a night.

Mental health can also significantly affect a person’s energy levels and sleep needs. Some disorders can cause fatigue, making a person feel as though they need more rest to function. They can cause exhaustion, making it difficult for a person to wake up or stay awake. On the other hand, some mental illnesses can make it difficult to fall and stay asleep. Medications used to treat psychiatric disorders may affect sleep patterns as well.

Anxiety is one of the leading causes of insomnia. Individuals with anxiety disorders, including generalized anxiety disorder (GAD), obsessive-compulsive disorder, and post-traumatic stress disorder (PTSD), generally have difficulty falling asleep as it’s challenging to quell an anxious mind. They may also have difficulty falling back asleep after waking in the night. Unfortunately, this can create a vicious cycle, as lack of sleep can increase cortisol levels and exacerbate stress and anxiety.

Depression, which often occurs comorbidly with anxiety disorders, can disrupt sleep as well. Research indicates about 75% of people with depression also have symptoms of insomnia. Depression can also cause fatigue and may cause some people to sleep significantly more than they otherwise would. Certain antidepressant medications can hinder sleep as well.

People with attention-deficit/hyperactivity disorder (ADD or ADHD) are also at higher risk of sleep difficulties, including trouble falling and staying asleep and daytime fatigue.

Bipolar disorder is another that can trap individuals in a vicious cycle wrangling with the effects of the disorder and the impact of sleeplessness. When someone is in a manic state, they may sleep less, or not sleep at all, whereas when they are in a depressive state, they may sleep significantly more. Subsequently, sleep disturbances can trigger depressive or manic episodes.

The vast majority of people with schizophrenia also have sleep difficulties, and many of them experience insomnia. Lack of sleep can also trigger psychotic episodes and exacerbate other symptoms of the condition.

Physical health can affect sleep just as much as mental health. Typically, those with serious illnesses or injuries need more sleep than their healthy counterparts as the body requires rest to recuperate. Here too, a vicious cycle can take effect, as the condition may make it more difficult for the person to fall asleep and stay asleep through the night.

Traumatic brain injuries are one of the more common, severe injuries linked to longer sleep durations. One study found that, on average, patients in recovery six months after a traumatic brain injury needed more than an hour more sleep compared to their peers in the control group.

Chronic pain is another condition often associated with sleep disturbances. Pain can drain a person’s energy levels, causing them to feel more tired during the day. It can also make it more difficult to get comfortable, fall asleep, and return to sleep after disruptions. This can decrease overall sleep quality, making a person feel as though they need more sleep to compensate.

Do women need more sleep than men? Research says yes. Cisgender women need an average of 11 minutes more sleep per night compared to cisgender men. More research is needed to determine if, or at what point, this very slight change in sleep duration requirements occurs for transgender people.

Menstruating people may also experience varying levels of daytime sleepiness at different points in the menstrual cycle, and during pregnancy, individuals may feel more tired during the day as their body works to develop the fetus.

Research shows some people are genetically predisposed to require less sleep. One study published in 2019 found short sleepers, or those who need less than six-and-a-half hours a night, share a rare mutation of the ADRB1 gene. Conversely, some families are coded to require more shuteye.

Obviously, sleep disorders also affect sleep duration, latency, and quality. The most common disorder is insomnia, which affects about 30 percent of the U.S. adult population. Other common conditions include sleep apnea, a potentially dangerous respiratory condition, narcolepsy, which causes excessive sleepiness during the day, and restless leg syndrome, which causes an uncontrollable urge to move the legs. Less prevalent sleep disorders include hypersomnia, parasomnias, and circadian rhythm sleep disorders.

What Are the Consequences of Poor Sleep?

Whatever your sleep requirement, failure to meet it can have substantial consequences.

After one night of insufficient shuteye, you may feel tired, groggy, and irritable, and have difficulty concentrating. You might also find your creativity and productivity are hindered and your proclivity to stress increased. As mentioned above, inadequate sleep may also exacerbate conditions including chronic pain or psychiatric disorders. If you experience any of these symptoms, it may indicate you need more quality, consistent sleep.

If you struggle to sleep for several nights, you might experience more long-term and significant effects, including increased risk of cardiovascular disease, obesity, cancer, and depression.

Fortunately, there are many ways to improve sleep quality and prevent long-term consequences, including practicing healthy sleep hygiene and talking to your doctor to address underlying health conditions.

Eight Hours Isn’t for Everyone

Sleeping more doesn’t necessarily mean you’re lazy, and your coworker who gets by on six hours a night is more likely genetically blessed than exceptionally disciplined. Everyone is wired differently, and sleep needs vary from one individual to another. While seven to nine hours is ideal for most people, determining your individual needs requires tuning into your body.

If you’re unsure whether you’re getting enough sleep, consider journaling. Record information like sleep hygiene habits, and sleep quality, along with daytime energy levels, mental clarity, and overall sense of wellness (or lack thereof). If you suspect you might have an undiagnosed medical condition or sleep disorder, speak with your doctor.