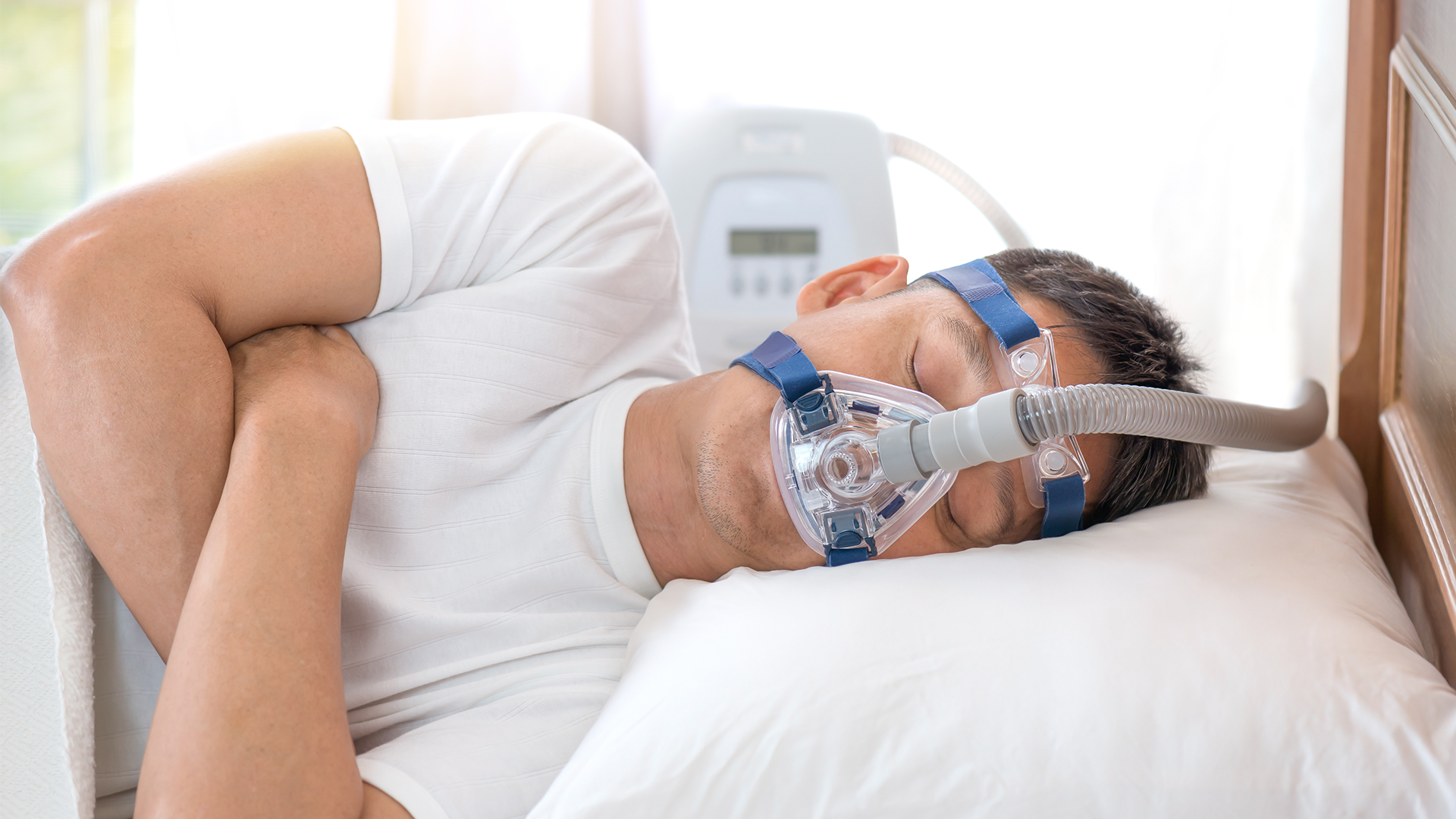 Whether it’s you or your partner who experiences sleep apnea, you understand the disruption that breathing interruptions and snoring can cause. You’re not alone in this fight for uninterrupted sleep—an estimated 22 million Americans have the condition.

While sleep apnea may be just an inconvenience for some, it can have wide-ranging consequences for those with more severe cases. Wherever you fall along this spectrum, understanding your condition’s underlying cause and potential treatment options can help you get your sleep and breathing under control.

What Is Sleep Apnea?

Sleep apnea is a condition characterized by the repeated stop and restart of breathing during sleep. There are two primary types of sleep apnea—obstructive and central—as well as complex sleep apnea syndrome, which is a combination of the two.

Those who experience sleep apnea can have poor quality sleep due to waking and falling back asleep in the night. However, the impact of sleep apnea extends beyond the bed. Many people with sleep apnea report headaches, mood changes, and difficulty concentrating.

Obstructive sleep apnea is caused when the muscles in the throat relax during sleep, blocking the airway and stopping breathing. This form of sleep apnea is most commonly associated with snoring.

With obstructive sleep apnea, the airway narrows, and the body has insufficient oxygen, causing the body to wake up frequently.

Central sleep apnea results from an error in signals from the brain that control the muscles responsible for breathing. When these signals are sent incorrectly, it disrupts your regular breathing habits.

People tend to associate sleep apnea with snoring, but snoring is often accompanied by a handful of other symptoms that vary from person to person based on the underlying cause of their condition.

Snoring usually indicates an airway obstruction and is seen most often in obstructive sleep apnea. For those with central sleep apnea, snoring may or may not occur.

The most common sleep apnea symptoms include sleepiness during the daytime, abruptly waking up due to choking or shortness of breath, headaches, mood changes, a dry mouth or throat, irritability, and nighttime sweating.

Can the Condition Lead to Further Complications?

For those with central sleep apnea, the sudden drop in oxygen levels associated with breathing interruptions can lead to an increased risk of irregular heart rhythms in people who already have heart conditions.

A few other health concerns associated with sleep apnea include:

Obstructive sleep apnea is most common among overweight or high blood pressure adult patients. It is often also seen in those with a family history of sleep apnea or naturally narrow airways.

According to the Mayo Clinic, central sleep apnea often occurs in tandem with other conditions such as kidney disease, congestive heart failure, or stroke. Additionally, certain medications in the opioid class or sleeping at high altitudes can cause irregular breathing patterns.

Fortunately, there are numerous ways to treat the signs and symptoms of sleep apnea, from lifestyle changes to therapies and surgery.

For a doctor to diagnose and treat sleep apnea, overnight monitoring is generally required. The most common sleep apnea test is nocturnal polysomnography.

In this test, a patient sleeps while hooked up to machines to monitor brain, heart, and lung activity. The test also measures body movements and blood oxygen levels.

Home sleep tests are also an option, though they typically only test just a few vital signs during sleep like heart rate, blood oxygen level, and breathing patterns.

When air passes through the airway, soft tissues at the back of the throat vibrate, causing the snoring sound. When your muscles relax, it causes increased air turbulence, which makes the snoring sound even louder.

On the other hand, mandibular advancement devices (MADs) move the jaw forward, separating the muscles that vibrate. Tongue stabilizing devices (TSDs) pull the tongue forward and create a gap at the back of the throat.

Another option for sleep apnea treatment is a CPAP machine. This machine creates the optimal air pressure, preventing airway collapse through a hose and mask combination.

Sleep apnea machines need to be fitted properly and kept clean to ensure that they do not cause a dry nose, claustrophobia, skin irritation, or disruptive noises.

Many types of CPAP masks exist, from full-face masks that cover the mouth and nose to nasal pillows that only fit under the nose.

For people who do not find relief with oral devices and CPAP machines, sleep apnea surgery is also an option. The majority of surgeries for sleep apnea treatment are geared towards opening up the airways and improving airflow.

However, weight loss surgery can also be used as a treatment for sleep apnea. Surgeries geared towards improving airflow have varying degrees of success depending on the severity of sleep apnea.

Palatal implants are another option for those with more mild sleep apnea. A doctor inserts small fiber rods into the patient’s soft palate, making the surrounding tissues harder and reducing airway blockage.

Maxillomandibular osteotomy and advancement (MMO and MMA) are only utilized for severe sleep apnea. In these surgeries, the upper and or lower jaw is moved forward, which increases the throat size.

Your sleep apnea could very well be a genetic condition and may express itself through minor symptoms. However, it could be a complication of an underlying condition requiring immediate attention. If you suspect you may have sleep apnea, you’ll want to meet with your doctor as soon as possible to discover the root of the problem and identify potential treatment options.