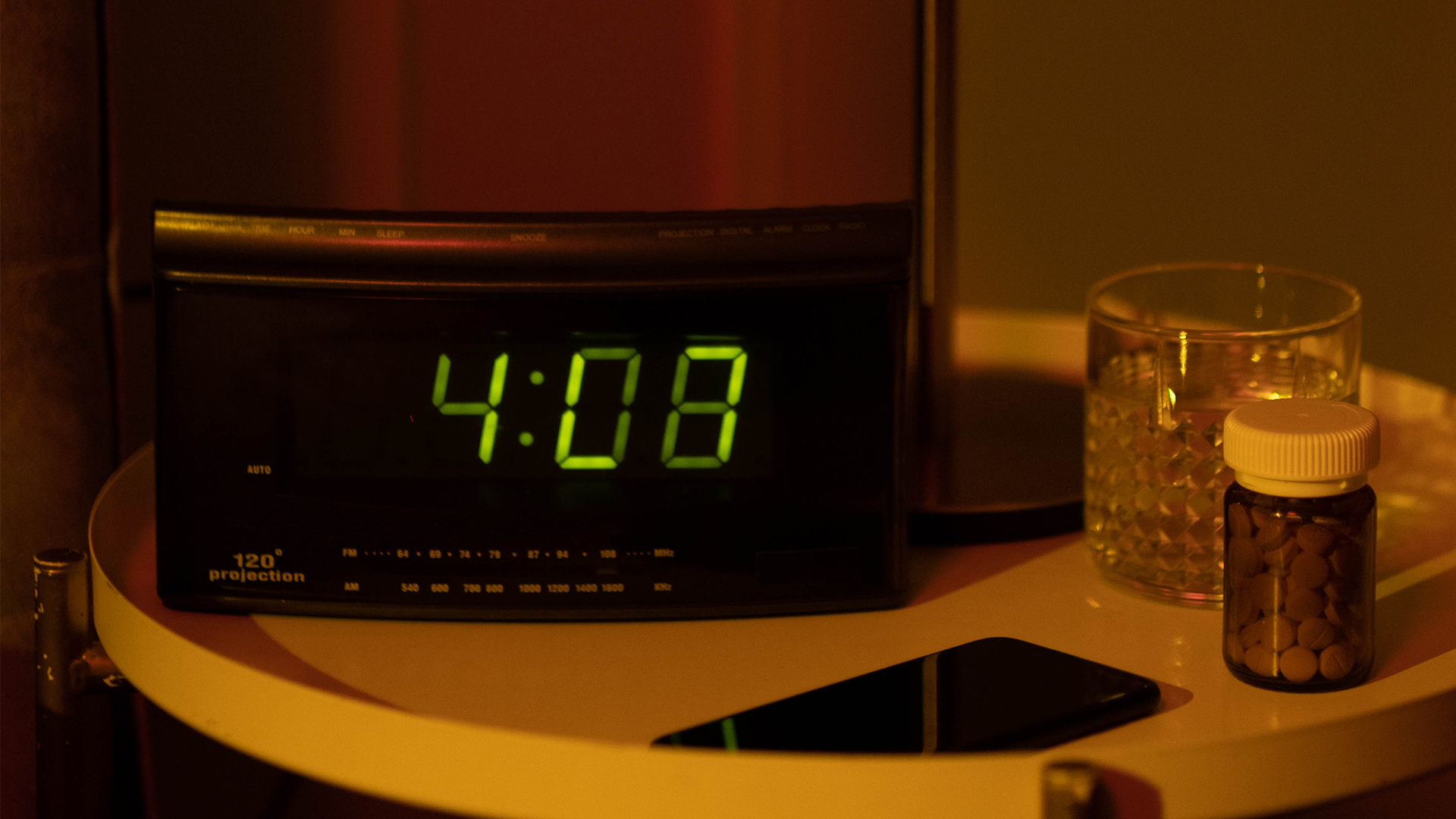 Falling asleep (not to mention staying asleep) is a challenge for many people.

One night of poor sleep can mean a negative impact on physical health, mental health, and daily routines. A recent survey conducted by SleepMoment’s research partner Drive Research showed that only 14 percent of adults fall asleep with no issue.

Many others reported that they struggled to fall asleep because of stress, warm rooms, and back pain. On average, people sleep less than the recommended 7 hours of sleep a night, and 30 percent of American adults have experienced insomnia.

While sleep aids might seem like the invention of modern medicine, humankind has long searched for ways to get better sleep.

Take the ancient Egyptians for example. Recognizing the importance of sleep, they created sleep temples to aid in the analysis of dreams and promote dream-like states. Surviving documents show that the Egyptians used poppy seeds (opium) to treat insomnia. Although things have changed since ancient Egypt, modern people are still searching for an effective way to get a good night’s sleep.

Are Sleep Aids Safe to Use?

Sleep aids, whether they are herbal supplements or over-the-counter medications, can have adverse side effects. However, they are generally considered safe to use when taken as directed. However, it is always under the guidance of your doctor, especially if you have existing health issues.

When taking sleep aids, it is important to understand the correct dose and ensure there are no drug interactions with other prescription or over-the-counter medications. Some sleep aids can cause confusion and falls in older adults, and those who take them too often can quickly build a tolerance.

In searching for the best sleep aids, it is also important to note that herbal and dietary supplements are not regulated in the same way as medication. Current supplement regulation laws only require that they are “unlikely to cause harm” when used as directed.

If a supplement is misbranded or altered after it reaches the market, it can be removed by the FDA. There are few risks involved with most dietary supplements. However it is best practice to confirm that any supplement you plan to take has been evaluated for quality and safety by third-party testing organizations.

Keep in mind that this article should not be taken as medical advice.

This article will only address over-the-counter sleep aids and supplements to help you gather accurate, peer-reviewed information. Always talk to a doctor about what’s right for you before beginning a new supplement or vitamin, and seek out medical advice if you suspect a serious sleep-related condition.

Diphenhydramine, also known as Benadryl and ZzzQuil, is an antihistamine often used to relieve allergy symptoms. When histamine receptors are blocked in your body, this can alter your body’s perception of wakefulness, causing you to be drowsy. As a result, antihistamines are also used to improve sleep.

Common side effects of diphenhydramine include dizziness, drowsiness, and loss of coordination. The next day, many people report feeling hungover or drowsy—the result of the duration that diphenhydramine remains in the body.

Studies on diphenhydramine as an occasional sleep aid show that it has limited effectiveness for sleep time and sleep quality, and can often result in less wakefulness the following day. However, in one study, it did decrease the number of times participants woke up in a given night.

Do not try diphenhydramine if you need to operate a motor vehicle, as it can cause impairment equivalent to an 0.10 blood alcohol level. Additionally, it is best to try it on a night with little going on the next day, as the longer-duration effects of diphenhydramine can negatively impact your coordination and alertness.

Another form of antihistamine, doxylamine succinate is found in sleep medicines like Unisom and Nyquil. Like diphenhydramine, it can treat allergies as well as nighttime cold symptoms. Drowsiness is technically a side effect of doxylamine succinate, but this can be helpful for those who are struggling to get to sleep.

Doxylamine works in the central nervous system as a sedative. It is important not to exceed two weeks of continued use of doxylamine succinate, as tolerance can be developed quite quickly. Additionally, for the elderly, it can cause anticholinergic effects, leading to sedation, confusion, and the loss of the ability to sweat.

Melatonin is a naturally-occurring hormone in the body that coordinates sleep-wake cycles (aka your “circadian rhythm”). A synthetic form of melatonin can be taken to aid in sleep, especially when your circadian rhythm is interrupted due to jet lag or shift work. Nearly 3 million Americans use melatonin each year, making it a commonly used sleep aid.

While melatonin can help in adjusting to a shift-work schedule, there isn’t enough evidence to show that melatonin helps in chronic (long-term) insomnia.

It’s best to take melatonin a few hours before bed, and ideally take only a dose of 1-3 milligrams. This mimics the normal onset of melatonin with natural circadian rhythms. Taking melatonin too late can cause drowsiness in the morning.

Valerian is an extract of the root of the Valeriana officinalis plant, a sleep aid with origins in Europe and Asia that can be consumed as a supplement or tea. Valerian root contains some compounds that can interact with gamma-aminobutyric acid (GABA), a chemical messenger in the body that regulates nerve impulses.

There is some evidence to show that valerian may help sleep without causing side effects. However, in a review of 16 studies, differences in valerian doses, preparations, and length of treatment with valerian vary. These variations and potential publication bias make it difficult to determine the impact of valerian’s efficacy.

While proponents of 5-HTP claim that it can treat everything from insomnia to depression, there is no clinical evidence to back up these claims. Additionally, in some individuals, 5-HTP can cause nausea, dizziness, and diarrhea.

Magnesium is a nutrient, found in many foods like spinach and whole grains. It is thought to work by calming down the central nervous system and allowing the body to relax.

However, most of the studies showing magnesium’s benefits in a more broad demographic aren’t very strong. Solid evidence of magnesium’s sleep benefits has only been observed in elderly patients with insomnia.

Consult with a doctor about the form of magnesium you plan to take. The digestive side effects could greatly hinder your ability to get a good night’s sleep.

Kava is a shrub from the South Pacific. Traditionally, Pacific cultures grind the roots of this shrub into a paste, and drink it as tea. However, kava can also come in the form of a tincture, capsule, or liquid.

Kava is banned in some countries due to potential health risks, but is legal in the United States. Despite its legal status, the National Institutes of Health warn against kava use due to some evidence that it can cause liver damage, even in normal doses.

Chamomile is an herb often found in teas and essential oils that can produce a calming effect.

It has been used for nearly 5000 years, and contains many different compounds that can impact sleep, the most promising of which is apigenin. Apigenin can have a mild muscle-relaxant and sedative effect.

There is no recommended dose for chamomile, and the overall impact of chamomile vs. placebo has not been effectively validated in clinical research. However, if you find chamomile calming, you may continue to take it as possible side-effects related to chamomile are minimal.

Exercise caution if you are allergic to certain plants like rag or if you have a hormone-sensitive condition.

Lavender is a plant with a fragrant smell, often taken in the form of an essential oil. Its calming effect has been thought to promote sleep and reduce anxiety.

A review of 15 studies about the potential of lavender for stress and anxiety relief showed that there are likely some therapeutic benefits of lavender. Researchers would need to perform more studies to conclusively state these effects.

Passionflower (Passiflora incarnata) is an herbal supplement that acts as a sedative. It is taken by mouth, as a tea, or applied to the skin. For sleep, it is often taken in the form of tea or a supplement.

In one study of those with insomnia, passionflower extract improved total sleep time, time spent awake in bed, and wake time. However, other studies performed on passionflower showed no impact on sleep over a placebo.

Passionflower is generally safe in adults, but can be unsafe for those who are pregnant or breast-feeding. It should be avoided at least two weeks prior to surgeries as the sedative effect may impact anesthesia’s effects.

Studies in other mammals have shown that ginseng can induce sleep. One study on humans in 2013 showed better overall sleep quality after having taken ginseng extract for a week.

It is recommended to take 800 milligrams to 2 grams of powdered ginseng a day, for up to three months. After a three-month period, ginseng should be stopped for at least a week.

Some potential side effects can occur, including headaches, stomach upset, dizziness, and menstrual problems. If these occur, discontinue ginseng use.

The Best Sleep Aid For You

The best over-the-counter sleep aid or sleep supplement may be different for each person depending on their individual needs and health. Always consult with a doctor to ensure there are no potential interactions with other medications you are taking to avoid unwanted side effects or if you suspect a more serious sleep disorder.

While sleep problems are common, there are many options available to aid in getting a better night’s sleep.